The Wines > The Three White Wines

Three white wines are produced at Quintodecimo obtained from the vinification of the three main varieties of white Campania grapes: Fiano, Falanghina and Greco. The grapes come from three individual vineyards located in the production area of each cultivar, called, respectively: Exultet, Giallo D'Arles and Via Del Campo. Exultet’s vineyard is located in Lapio, the maximum areal expression of the Fiano grape; Giallo D’Arles’s vineyard is at the cradle of Greco di Tufo; Via Del Campo’s vineyard was planted in Mirabella Eclano a site particularly suitable for a full expression of the potential of the Falanghina grape. So Quintodecimo white wines, there are three cru single-varietal, are strongly influenced by the vintage in the expression of their varietal character. 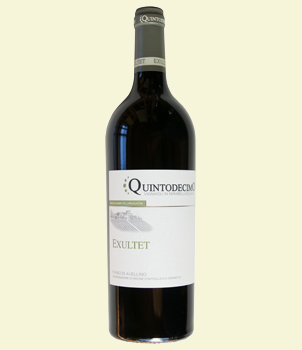 Exultet is a sophisticated and elegant interpretation of Fiano di Avellino. It is a cru produced exclusively with the grapes of one Fiano vineyard. It is yellow and luminous with green reflections and fragrances of linden, acacia and thyme. It is well structured with flavours of exotic fruit, citrus and honey and a very soft mineral note. This particular elegance also derives from a partial fermentation in small oak barrels. It is a wine with great longevity which can also age for some decades thanks to its richness in precursors of aroma and the integrity of its freshness and taste. The name given to the wine derives from Exultet of Mirabella Eclano in which we can also find a tribute to bees. Exultet are liturgical parchments from the southern italian middle ages. A kind of multimedial ante litteram product made up by parchment papers sewed together, where the texts of benedictio cerei were written accompained by musical notations and miniatures put on the opposite side of the sheets. 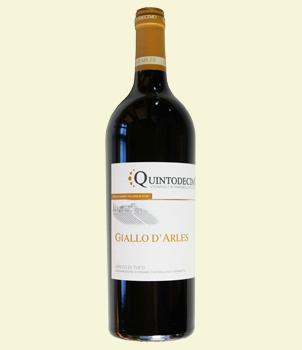 The Greco di Tufo grape is characterized by a content of coloring matter higher than the other white grapes of the Campania region. For this reason, at full maturation, this grape becomes golden with amber tones on the sun-exposed side. The must is reddish ochre. The wine, if not clarified, has an intense golden colour. Giallo d’Arles is an extreme and rigorous interpretation of the Greco di Tufo wine. It is a cru produced with one vineyard of Greco grapes. The ancient yellow-golden colour, typical of the denomination, is more intense also thanks to the partial fermentation in new oak barrels and thanks to the complete absence of any clarification treatments. It is a white wine with the structure of a red wine, powerful and refined, characterized by a deep minerality blended with flavours of apricot and quince marmelade and by a full and fresh taste. Giallo d’Arles has also an extraordinary predisposition to maturation in bottle, obtaining year-by-year elegance, complexity and harmony. The name given to the wine is a tribute to Van Gogh’s favourite colour during his stay in Arles: a yellow which is a prelude of red. 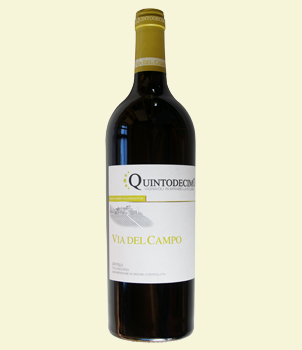 
Via del Campo perfectly expresses the fruity and mineral scents typical of Falanghina wine. It is a cru obtained exclusively with grapes from only one vineyard of Falanghina. It is characterized by a luminous golden colour and fragrances of apple, pineapple, herbs and field flowers with refined minerals and salty notes. The delicate structure, releases menthol and toasted notes arised from the short stay during the partial fermentation in small oak barrels. Immediately likeable when young, this wine evolves in a more complex bouquet after some years in the bottle.